Iceland is famous for being, well… icy.  Clue’s in the title, after all!  Snow-capped mountains, frozen lakes, whirling blizzards, ancient glaciers… when it comes to the white stuff, Iceland’s got it covered.  Literally!

But when all that H2O isn’t busy being frozen, Iceland has two other watery attractions: waterfalls and thermal springs.  Here are just a few of them…

Skógafoss is one of the biggest waterfalls in the country with a drop of 60m.  Curiously, the cliffs it pours out of actually used to be the coastline, but since that time the sea has receded, so the fall is now 5km from the ocean.  Legend has it that the first Viking settler in the area hid treasure behind the waterfall; I would have gone to look for it but in winter you can’t go behind it because it’s too icy and dangerous.

Skógafoss is right next to the southern ring road and is easily added to any Iceland road trip itinerary.  During my time in Iceland I went past it four times and stopped twice.  On the second occasion, towards the end of the day, I made the effort to climb the stairs up to the top of the waterfall and was rewarded with this stunning view.

Hraunfossar and Barnafoss are right next door to each other and are effectively part of the same set of falls.

Barnafoss means ‘Children’s Waterfall.  The story goes that parents from a nearby farm went to church, leaving their two sons at home.  But the boys got bored and decided to go out.  They came to the river where there was a natural stone arch forming a bridge, but when they tried to cross it, they fell into the water and drowned.  The bridge is no longer there: according to one version of the story, the mother put a spell on it saying no one could ever cross it without drowning.  A little while later, the bridge was destroyed in an earthquake.  A less dramatic version has the mother demolishing the bridge to prevent the same thing ever happening again.

However the falls got their name, this is an unbelievably stunning place.  Water streams out of the rocks in dozens of little rivulets, pouring down into the river which is perfectly clear and blue. In March, when I went, many of the little waterfalls were frozen solid.  As was the path, which was like an ice rink so it was somewhat treacherous walking around.  One wrong step and you could quite easily go over the edge and into the river.  As pretty as it is, I didn’t much fancy a swim!

The river winds its way into a narrow gully with yet more waterfalls flowing into it – though most of these were also frozen.  It was bitterly cold and I had misplaced my gloves: I had to keep putting my hands into my pockets to warm them up a bit, and then as soon as they had defrosted I took them out again so I could carry on photographing.

Kirkjufellsfoss (Church Mountain Fall) is in the Snaefellsnes Peninsula in the west of the country.

A lot of people say it’s much more attractive in the summer, when the grass all around is bright green rather than the yellowy-brown you see here.  But I think that with the covering of snow and ice the whole area is very atmospheric – and just like Barnafoss much of the waterfall is frozen, which creates these curious elongated shapes that look just like wax drippings from a gothic candle.

Kirkjufellsfoss is so named because it’s right beside Kirkjufell, one of Iceland’s most iconic mountains.

This is the Daddy of Iceland’s waterfalls.  It’s so big and famous and popular it even has its own website.

Apart from its jaw-dropping beauty, one of the reasons why it’s so popular is because it’s within easy reach of Reykjavik, and it’s one of the three main destinations on the ‘Iceland-in-a-day’ Golden Circle tour.  Loads of tourists do this trip (me included) because they don’t have much time and it’s a really great way to see three spectacular locations in one go.

But as you can see, it really is very worth it.  Again, I love that it was all frozen: I’ve seen photos of the falls in summer when the landscape around is green and the sun is shining – and it is admittedly beautiful.  But in winter, partially frozen, it’s not just beautiful.  It’s weird, and dangerous, and otherworldly.  It’s like Narnia under the White Witch’s spell.

And it is extremely dangerous.  Again, the paths were completely iced over, and if you slip there is literally nothing to stop you from tumbling over the edge and into the raging water below.  There are no barriers or warning signs:  tourism in Iceland has only really taken off in the last few years and they’ve yet to catch up with the huge increase in visitor numbers.  I was told that 5 years ago, in winter, there would only be a tiny handful of people there, but when I went there were hundreds.  And you can see why people want to come and look at this:

Gullfoss might not exist today if it weren’t for a brave lady named Sigriður Tómasdóttir.  She was the daughter of the farmer who owned this land and the waterfall in the early 20th century.  He leased the land to foreign investors, who announced plans to build a hydro-electric power station at the falls.  Sigriður used her own money to challenge them in court and even walked barefoot to Reykjavik to plead her case.  The waterfall was eventually sold to the Icelandic government and became a nature reserve, and Sigriður is known as Iceland’s first environmentalist.

Since the photos don’t do it justice, here’s a little video:

But Iceland isn’t just about the waterfalls.  Because it’s volcanic, it’s also home to dozens of hot springs.  Here are just a few:

Deildartunguhver is Europe’s most powerful hot spring. It provides 180 l/sec of water naturally heated by the earth to boiling point, 100°C.

It’s not very pretty.  But thermal springs rarely are.  The ground is normally too hot and volcanic for anything much to grow – you can see why volcanic areas were thought to be associated with the Devil and Hell.

As well as the fence they’ve had to put warning cones around the spring.  Apparently, even though it’s obviously hot, people often try to stick their hand in to see just how hot.  And no, putting your hand into boiling water is no more advisable here than it is at home.  You wouldn’t stick your hand in the kettle to see how hot it is, would you?!

In Iceland, they make good use of their free and abundant geothermal energy: the water is piped directly out of the ground and into people’s homes to be used for central heating and hot water.   If you take a shower anywhere within a 65 km radius of Deildartunguhver, you’re washing in water that’s come directly from this spring!

Geysir is one of the other main sights on the popular Golden Circle tour.  The whole area is a geothermal field sitting on top of a vast boiling cauldron, from which spout several hot springs.  The most famous of these is The Great Geysir, a giant natural geyser that was the first known to modern Europeans, and the one from which all other geysers get their name.

The Great Geysir used to erupt frequently, throwing boiling water up to 70m into the air.  However, it’s been dormant since 1916, so I’m not really sure why everyone is still talking about it.  Here’s a picture of the Little Geysir instead, which doesn’t erupt so much as hiccup.

But if you’re a fan of erupting geysers, all is not lost.  There is another one here called Strokkur (The Churn), which is amenably entertaining tourists by erupting once every 5-7 minutes.

It’s quite fun to watch: everyone waits expectantly, and as the minutes tick past things get more and more tense.  You know it’s coming, you just don’t know when, and the suspense is excruciating! We’re all watching the water, looking for the little ripples and bubbles that mean it’s about to blow.  Then suddenly it gives a little belch, and then a massive blast of water shoots up into the sky. Even though you’re expecting it, it makes people jump every time.  Watch the video and see if you can guess when it’s coming.

The most famous of all Iceland’s hot springs – but surprisingly this one is not actually natural!  It’s created from the hot water outflow of the geothermal power station which is right next door.  That’s right, folks, you’re swimming in industrial waste…

Doesn’t seem to bother people: it’s right next to the airport so many tourists stop there on their way into or out of Reykjavik.  There’s a bar, and you can get massages and body treatments, or just cover your face in the silica mud which is supposed to be good for your skin.  You can also buy it to take away (genius money making scheme!), but I was too scared to put it on my face so I’m afraid I can’t comment on whether it’s any good.

If you look at publicity pictures of the Blue Lagoon it always looks peaceful, perfectly blue, and extremely luxurious.  When I went it was freezing cold and mostly overcast, so it didn’t look quite as blue as it does in the adverts.  Still blue enough for me though!  It sleeted and snowed a bit when I was in there, which was great fun – with your body all warm and relaxed below the water and your face tingling from the cold.

I can see how it might be a great place to come as a couple or with friends, and it was very relaxing, but I got bored pretty quickly.  Luckily I had my camera, and with that I’m never bored! 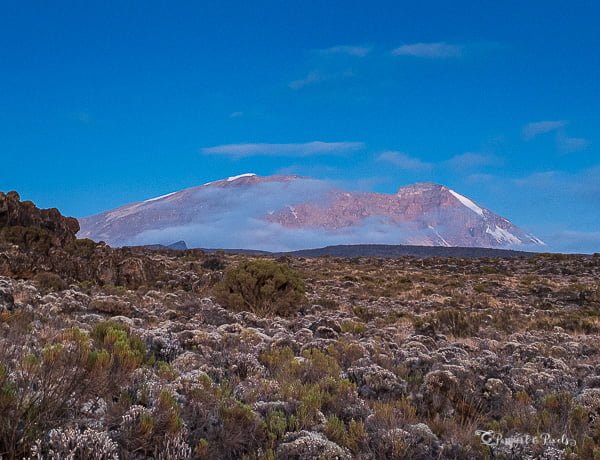 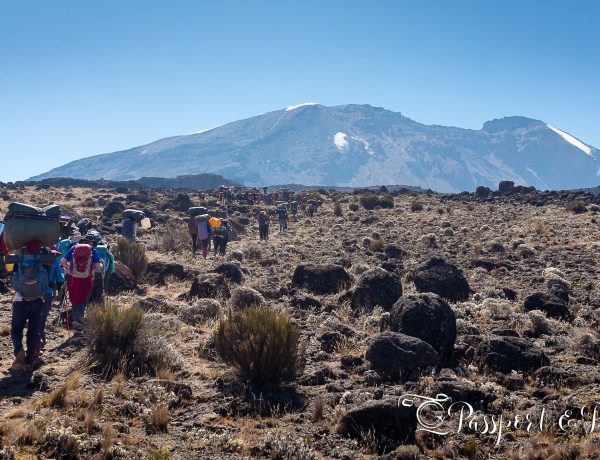