Uganda Orphanages: The Story of Safi and Amir

I recently spent three months in Kampala, Uganda, working as a video producer and photographer for Child’s i Foundation, a charity that works to support vulnerable families so that children don’t end up in damaging Uganda orphanages.

My main role was to shoot and edit short films, to be used for fundraising, education, and promotional purposes.   One of the best ways to really show people the great work the organisation is doing is through the use of case studies which give clear examples of what is being done, how the children in Uganda orphanages are are being helped, and where the money is really going.

My favourite case study film is the story of Safi and Amir.  Scroll down to the bottom if you want to see it without reading the story first.

Safi is one year old and Amir is two and half; their mother died when they were very small and so they went to live with their father.

This should have been the perfect arrangement, since the father was already involved in a new relationship, but sadly the relationship broke down and the father was left to raise two small children by himself. But he was unable to cope, and Safi became malnourished and ended up in hospital, severely sick.

The maternal grandmother, Aziza, was informed about the situation and stepped in to help. But she’s incredibly poor herself: she lives in a one-room house in a slum area of Kampala with only a few possessions.

She scrapes together a living by selling bananas, avocados and other fruits and vegetables in the local market. She used what little savings she had to pay Safi and Amir’s medical bills, but that left her completely broke. She took the children home to live with her, but having spent all her money, she had nothing left to buy food or milk for the baby.

In Uganda, in a situation like this, there are very few options. In the UK, we are lucky to have systems in place to support vulnerable families: the welfare state, benefits, free child care, maternity pay, the NHS…  Here, if you get into serious trouble, there are places you can turn to for help.

But in Uganda, when families start to struggle, if the money runs out, if one parent dies and the other has to work, or if someone gets sick, there’s no government support.

And that’s why so many children end up being placed in Uganda orphanages: not because they are actually orphans, but because their families have no alternative. Run by NGOs and church groups, Uganda’s orphanages at least offer a child a roof over their head, food, clothing, medical care, and an education.

In a world where such things are not so easy to come by, it can seem like a sensible option, even if it means separating children from their families.

This is where Child’s i Foundation steps in. They know that spending even a few weeks or months in a Ugandan orphanage can be hugely damaging to children’s wellbeing, so they aim to prevent that happening by supporting families in crisis so the children can stay at home.

In the case of Safi and Amir, they provided food and milk, and also offered counselling to Aziza, who was still grieving over the loss of her daughter and had given up all hope. They also gave her a small grant to allow her to get her fruit and vegetable business back up and running again.

The emotional support, coupled with the financial help, enabled Aziza to get back on her feet.  She now has a market stall and her business is thriving. The family, though still extremely poor, are coping, and the main thing is that they’re together.

Without the help they received, it’s likely that Safi and Amir would have ended up in a Uganda orphanage and Aziza would have succumbed to grief and depression. She needed the children as much as they needed her, and because they were able to stay together, they are all stronger and happier as a result.

I spent about three hours shooting this film. The first job was to interview Deborah, the incredibly articulate, caring and hardworking social worker who dealt with the case. Deborah then took me to the slum area of Kampala where the family lives, to meet them, interview Aziza with the help of a translator, and film shots of the adorable children.  They were all amazingly friendly and welcoming, and an absolute pleasure to work with, in spite of the language barrier.

It was an enormous privilege to meet them and to be able to witness a part of life in Uganda that I’d never have been able to experience as a tourist. Working in television often exposes me to incredible characters and places that most people never get to see – in fact it’s the number one reason I still do this job in spite of the insecurity, the high levels of stress, and the often punishing schedules. And volunteering for Child’s i Foundation was a fantastic opportunity – I might not have been getting paid, but I was benefitting in so many other ways.

It took two days to cut the film, and you can watch the finished version here (it’s only 2.5 minutes long).  If you want to find out more about the work of Child’s i Foundation, why not have a read of my post Working In A Uganda Orphanage which will tell you loads more.

Thanks for reading and watching! If you enjoyed this post, you might enjoy some more of my Uganda posts:

The Amazing Animals Of Uganda: A Photo Guide

What It’s Like to be a Travel Show Producer 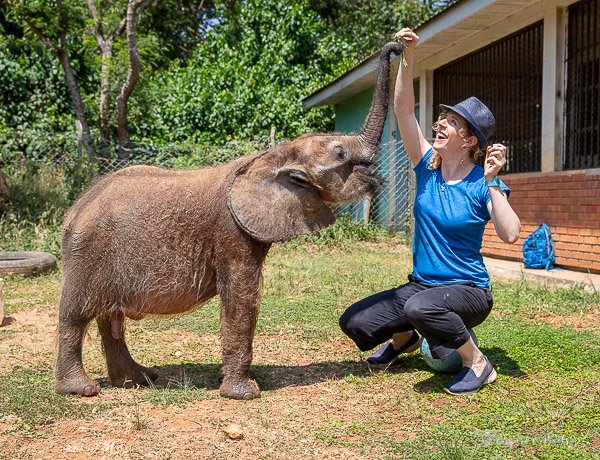 Video: My First Month In Uganda