Visitors may be drawn to Uganda’s tantalising Bwindi Impenetrable National Park by the chance to see the endangered mountain gorillas, but there’s another reason to make the journey: the Batwa tribe.

This is a reproduction of an article that I originally wrote for the Lonely Planet website.

On the fringes of the national park are the last remaining members of the endangered Batwa Pygmy tribe that once flourished in the area. A visit to their community is not only a way to learn more about the traditional forest practices of this hunter-gatherer culture, but a way to support a people whose ancient way of life has been almost completely wiped out by modernisation.

The Batwa pygmies were a semi-nomadic tribe who for thousands of years occupied the mountainous region of western Uganda. They lived a typical hunter-gatherer lifestyle: the men used simple spears or bows and arrows to catch birds, monkeys and small antelopes and bush pigs, while the women foraged for wild honey, fruits and berries. They relied entirely on the rainforest for their existence, living in grass huts and dressing in the skins of the animals they killed.

As the forests were cut down to create farmland and grazing for cattle, the Batwa were pushed back into smaller and smaller areas. Eventually, in the 1930s, the remaining forests were declared protected reserves. While this move prevented further deforestation and provided much-needed protection for the critically endangered gorillas, it all but removed the Batwa’s legal claims to the land they’d lived on for many centuries.

The final blow came in 1991 when the reserves were turned into Mgahinga Gorilla National Park and Bwindi Impenetrable National Park. The Batwa were evicted. Given no support or compensation, and with nowhere to go, overnight they’d effectively become criminals on their own land. Forced out and threatened with imprisonment, they moved onto the land on the fringes of the parks, where they’re now illegal squatters.

Today there are only around 3000 Batwa left, existing in extreme poverty in makeshift grass-hut villages, in constant fear of being evicted. A marginalised community excluded from mainstream society, with limited access to work, education and healthcare, they’ve struggled to adapt to the changing times. They’re treated as outcasts by other Ugandans, and are often shunned, harassed or worse. While tourists pay at least $600 to visit the gorillas in nearby Bwindi Impenetrable National Park, the Batwa – evicted from this land to make way for their conservation – don’t see any of that money.

But all is not quite lost. In 2000, members of the community formed the United Organisation for Batwa Development in Uganda (UOBDU), which is working to support the tribe in areas such as education, housing, and income generation. One of its initiatives was to set up cultural experience tours, during which visitors spend time with them, see how they live, and learn about the tools and tricks they used to survive for centuries in Uganda’s tangled forests.

This is the first time the Batwa have been directly involved in running their own tourism projects. Previously they were treated simply as tourist attractions by unscrupulous outsiders, who made money by bringing visitors in without giving anything back to the communities they were exploiting. Today, however, they’re taking back control.

There are small Batwa villages, normally consisting of no more than half a dozen families, dotted around the edges of both Mgahinga and Bwindi, and near to Lake Bunyonyi. Many of them welcome visitors, so the details of your experience may vary depending on where you go.

At Mgahinga you can take the Batwa Cultural Trail, a gentle five-hour nature walk through the forest accompanied by community guides who will show you how they forage for food, trap animals with snares made from branches, and make tools and medicines out of plants. The trail ends at Garama Cave, a 200m-long lava tube, where members of the tribe perform spine-tingling songs and music in the echoey darkness of the cave.

If you’re already in Bwindi to see the gorillas, then a Batwa Cultural Experience there can dovetail nicely with your morning gorilla excursion. With luck, you’ll spend no more than 3-4 hours finding your gorilla family, leaving the afternoon free to spend time with the Batwa enjoying displays of traditional hunting and fire-making skills, as well as music performed on wooden instruments and animal-skin drums. You’ll also learn how they build their huts, including the high-up ‘nests’ they build in trees to protect small children from marauding predators.

Read more: Gorilla Safaris In Uganda – The Real Inside Story

Through a translator, you’ll also get to hear the families’ stories first hand. You may meet Grace, who’s 74 and has seven children. Until 1991 she lived in the forest, foraging for food; now she survives by subsistence farming. Or Oliva, who claims to be 93 but looks far younger – without records, no one knows for sure. All the tribe’s elders have had to adapt to entirely new way of living – the stories they tell of the lives they’ve left behind make for a moving experience.

Advice for your visit

On your arrival in the area you might be approached by independent ‘guides’ offering to take you to a Batwa community. These unregulated tours may well be exploitative and should be avoided. Stick to official tours only – those run by the UOBDU, the Uganda Wildlife Authority, or the Batwa Development Programme. Ask in your accommodation or at the Batwa Craft shop close to the entrance to Bwindi for more information.

Read more: What Happens On A Chimpanzee Trekking Safari In Uganda

These official visits are likely to be more expensive than those you’re offered on the street, but you can relax knowing that they are run by the Batwa themselves, are culturally sensitive, and that your money is going directly back to support the community.

Life is still very uncertain for the Batwa. The UOBDU and other NGOs are lobbying the government for proper compensation for the displaced communities, and working to restore their rights of access to the forests on which their livelihoods depend, but progress is slow. But there is hope: Batwa children are now going to school and beginning to integrate in local communities, and increased awareness of the Batwa’s plight has focused more attention on helping to solve their problems.

Projects like these cultural visits also offer a chance for the Batwa to benefit directly from the tourists who arrive daily to visit Uganda’s famous gorillas. As the community learns more about what they can offer, and visitors become more aware of the remarkable experience available, opportunities for both sides to benefit can only increase. It may not be much, but it’s a start.

Spending time with the Batwa isn’t just a fascinating opportunity to learn about centuries-old nomadic forest living, but a rewarding introduction to a proud community that will leave you feeling both inspired and moved.

Looking for inspiration for your trip to Uganda? You might enjoy these…

What to do in Sipi Falls

A Boat Cruise on the Kazinga Channel

A visit to Ziwa Rhino Sanctuary 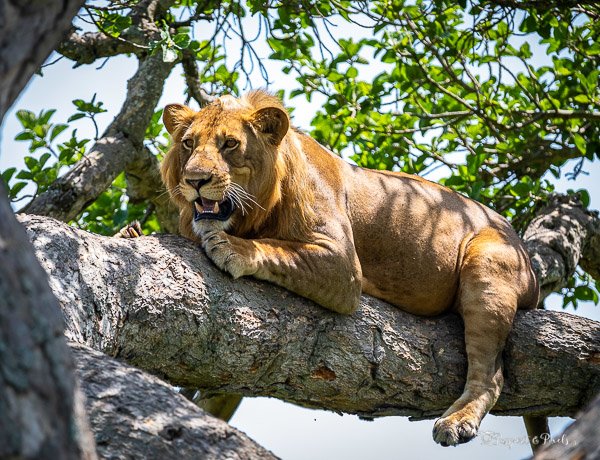 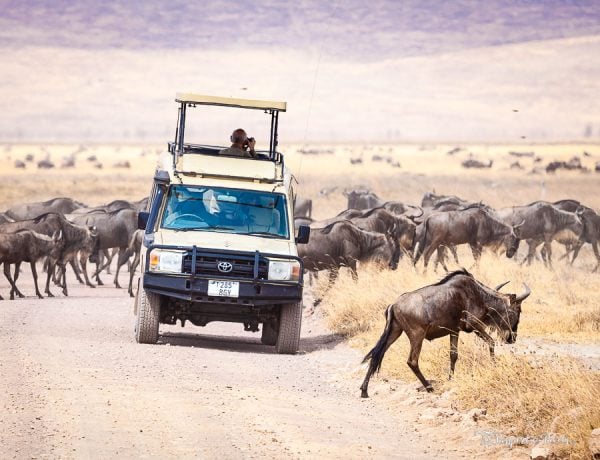 Top 32 Animals To See On Safari – A Photo Guide

A Turkey Road Trip On The Aegean Coast